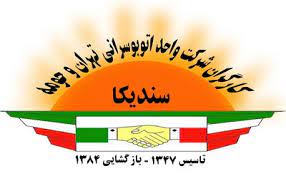 This statement is issued by the Syndicate of Workers of ‘Tehran and Suburbs Bus Company’ on the arrests of oil workers on October 17.

We strongly condemn the arrests and suppression of oil workers in Asaluyeh. Unconditionally all the detained workers should be released immediately.

The strike of contracted oil workers in Asaluyeh, Bushehr, and Abadan refineries is their fundamental right and it is the same with all other workers in different sectors. The reaction of the Iranian state to the solidarity actions of striking workers with the general protests of the Iranian people has been nothing but arrests, and persecution of workers by threatening to fire them and closing down the factories. Against this backdrop, the chief justice of Iran still speaks of “making dialogue” with the protestors and expects that people take it seriously.

The working class is empowered by unity, organization, and independence, and without that, it is nothing but a victim in the hands of the ruling classes. The Iranian state is aware of this and that is why it uses all its oppressive forces to prevent the formation of independent workers’ organizations by ensuring that workers are deprived of job security, socio-economic facilities, and the ability to organize. Some of the independent workers’ organizations such as the Vahed Syndicate have been permanently dealing with arrests of and threats toward their members over recent years, while protesting against the privatizations and the spread of contracted employment and temporary job contracts. In Vahed Bus Company, new bus drivers have increasingly been employed by contracting companies and lack even a minimum of job security. The Vahed Company has either retired the senior drivers or sent them to other sectors such as the terminals to prevent them from any protests.

In addition to such conditions, we should highlight the general protests of the Iranian people from every background including workers and their families who, in the aftermath of the brutal murder of Jina (Mahsa) Amini, have been pouring into the streets for more than a month. The children of workers and wage earners on the streets, in schools and universities, and not the rich kids of Iran who have most benefited from the status quo, are those who are struggling against discrimination and oppression for the sake of gender equality, and better life free from poverty and unemployment.

Despite the involvement of working-class families in the recent general protests, the strike of contracted oil workers has shown the importance of workers’ collective and organized actions, although it can be suppressed temporarily. In addition to giving our support for the oil workers, we ask all workers of the country including those in the transportation sectors to show their solidarity with both the oil workers’ strike and the general protests through effective means and we call for collective coordination.

The suppression and murder of the protestors including dozens of kids is a crime against humanity. Our urgent call is that all the security and police forces should immediately leave the workplaces, universities, and neighborhoods. They should stop the suppression of protests and strikes. Once more we emphasize that protest and strike are the fundamental rights of workers and the oppressed. All activists including workers, teachers, students, and women activists should be released immediately.