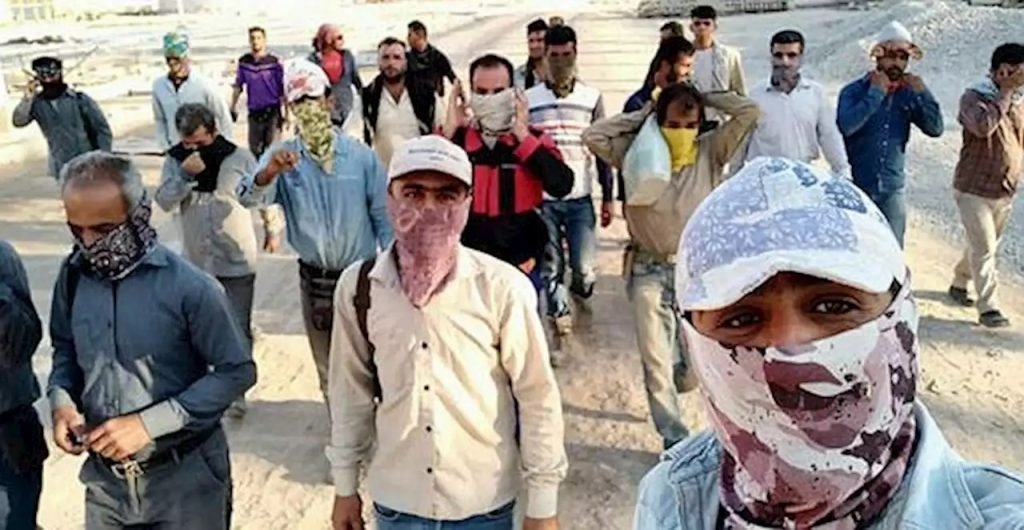 Iranian oil and petrochemical workers are on strike across the country. These strikes started on Saturday June 20, initially with the casualised workers of Farab Company working in Bidkhoon Assaluyeh power plant. They demanded an increase in wages and a contract based on 20 working days and ten days of leave, which is called the 10/20 plan. The workers left the plant and announced that they would not return until their demands were met. The next day, workers at the Tehran oil refinery joined the strike, and 700 workers on casualised contracts were fired immediately after the strike began. Since then, however, workers at many more plants and refineries have joined the strike*. In the statement issued by the workers in oil refineries, petrochemicals and power plants, the key items against which they protest include low wages; delays in payment, temporary and contractual contracts; frequent dismissals of workers, insecurity of the workplace and amenities; and an oppressive environment.

Most oil project workers are on casualised contracts. They have longer working hours, fewer days off and reduced benefits compared to permanently employed workers. For instance, permanent employees have 10 days off for every 20 working days, while casual workers must work 24 days to have 6 days off. Despite having a relatively better condition, the protests have been supported by the permanent workers of the Iranian Oil Company in various cities, and on Wednesday, June 23, the workers of this company in the Assaluyeh, Lavan and Bahregan regions as well as an oil platform in the Persian Gulf joined the widespread strike.

The protests are taking place at a time when various opposition and international media outlets are busy covering the result of the Iranian presidential election, and actively ignoring the coordinated struggles of workers in the country’s most important industries. This is while the workers are apathetic towards the election results, as they know the depreciation of the labour force, casualisation of contracts and repression of organisations are the common denominators of all the different governments of the Islamic Republic. And all are well aware that their destiny is determined through their own organised struggles.

The Revolt of Hunger