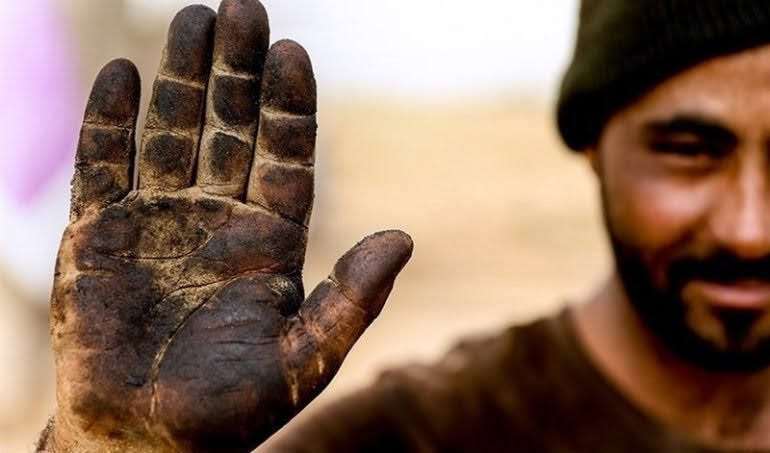 According to the official calendar in Iran, the first day of spring, March 21, is the first day of the year. This day, as everywhere else in the world, should be a day of joy. For the working class in Iran, however, celebrating the new year gets harder every year as their life conditions worsen. The new year “gift” of the government, this year, was to pass another anti-labour bill called “agreed wages”. The consequence of this bill is nothing other than more misery for the working class.

Prior to this, under Iranian labour law, every employer was required to make an annual increase to the wages of their workers. Under the agreed wage bill, the employer can not only refuse to increase the wages of employed workers but also can reduce the wage provided that it does not go below the minimum wage set by the Supreme Labour Council. Employers can use general excuses such as “recession” or “crisis in production” to implement the bill to further their own interests. According to the bill, if a worker does not “agree” with this wage and decides to leave his job, he will not be able to complain to legal institutions. At the end of every year, in mid-March, the Supreme Labour Council approves the minimum wage for the following year. This council is composed of representatives from the Ministry of Labour, employers’ unions and workers’ representatives, usually elected from government-affiliated trade unions. Their approved wage is one-fourth or even less than the amount the labour activists believe is only human as a minimum wage. Therefore, the agreed wage bill exacerbated these inhumane conditions and issued government and legal permits to employers to put more pressure on workers.

The guaranteed rise extended annually to workers formally employed is a legacy of the populist policies of the Iranian government in the 1980s, and has become a barrier to the implementation of neoliberal austerity policies. The situation of workers on temporary contracts is even worse. Until a decade ago, the duration of a temporary contract was often one year. This has been gradually shortened to a common “eighty-nine days” contract. This period allows the employer to refuse unemployment insurance and pension contributions under the labour law, and also deprives workers of the opportunity for collective bargaining over wages and conditions, with each hoping to renew their contract every eighty-nine days.

In the last days of the Iranian year, a wave of mass dismissals of workers began, which in legal terms appears as a failure to renew these temporary contracts. Dozens of reports published in Iran show that many manufacturing and service companies including hospitals have refused to extend temporary contracts for part of their workforce. For instance, nurses have been employed on “eighty-nine-day” contracts during the coronavirus outbreak to strengthen the medical staff of hospitals. Their contracts also have not been extended in the last days of the year despite the continuation of the outbreak. The issue was widely reported in the Iranian media when a wave of legal dismissals reached journalists. They too have been on eighty-nine-day contracts for the past two years.

There is no end to the hierarchy of oppression of the Iranian working class. Workers with temporary contracts of eighty-nine days are still in a better position than workers in underground and illegal workshops, or those in workshops with less than ten people who have been excluded from the labour law since the presidency of Mohammad Khatami. Currently, most workspaces with even large numbers of workers falsify their number of employees to exclude themselves from the labour law. Thus, the policy of deregulating the labour market is implemented partly by the enactment of anti-labour laws and partly by capitalists who abuse widespread poverty. In the current situation, employers are well aware of the fact that there are always workers who have no choice other than to give in to inhumane conditions. The Agreed Wage Bill is a government license to stabilize the wages of employed workers at a rate that, given the wage approved by the Supreme Labour Council in March 2021 and the level of inflation in the coming year, will cover only ten days of a working family’s life each month.

The supreme leader, Ali Khamenei, in his new year speech, named this year as the year of “supports” and removing “obstacles”. And indeed, this is the year in which the government and other legal institutions “support” the owners of capital with all their might and the previous labour law, which is an obstacle to the advancement of neoliberal policies, was replaced by this new anti-labour bill.

The Syrian Revolution by Yasser Munif