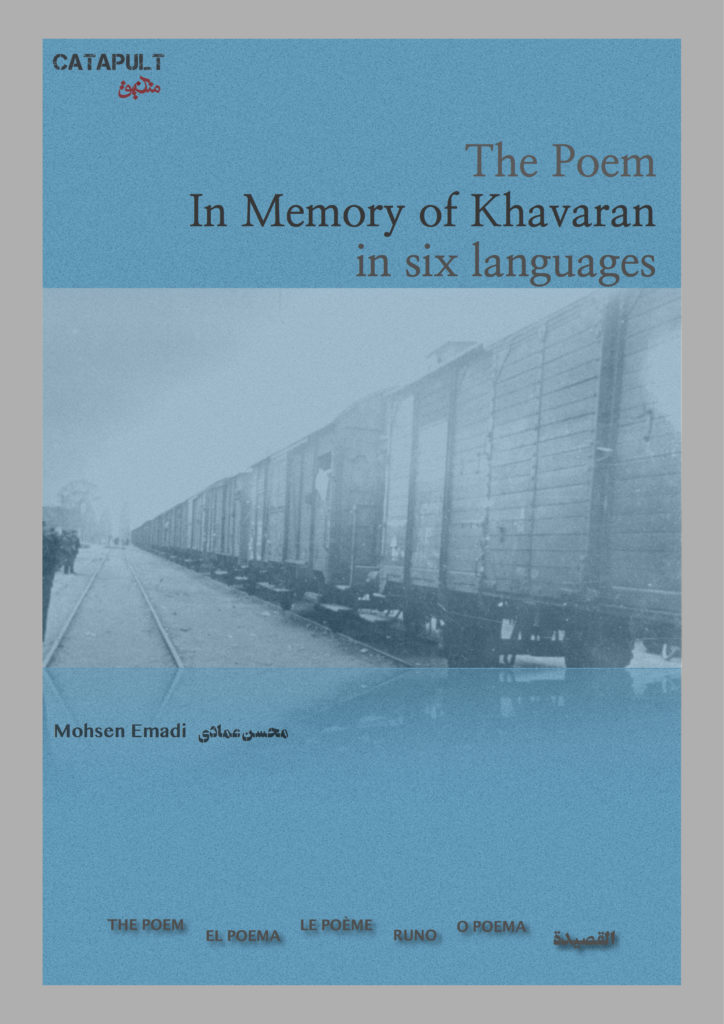 Mohsen Emadi’s, The Poem, or, In Memory of Khavaran, is a text that has accompanied us along our work of confronting the executions of political prisoners in Iran. After it was written in the beginning of 2009, it acted as a kind of remedy for all those who could not process the mass grave of Khavaran being demolished by the Iranian authorities. The Poem took the place of the mass grave as a refuge to which one could return – a voice that would remind the reader that the struggle against collective amnesia cannot be fought without the participation of artists who have decided to face the many silences that make oppression so suffocating. Just as in Latin America, poetry as a tool to reclaim history has a long tradition in Iran and in the whole Middle East. A Columbian friend reacted to The Poem by asking if it was written in response to the Banana Massacre of 1928 in Columbia. He was shocked when he understood that it was written by an Iranian poet as a way of processing the mass executions in his country. The way the words chosen were reminiscent of the Banana Massacre shows the many connections dictatorship, exploitation and massacres establish between the people affected, even though they live thousands of kilometres apart. Mohsen Emadi lives in Mexico, a geography in which his own exile seems more endurable, as it is shaped by the experience of exile of so many poets and writers from other Latin American countries. His work is evidence of the fact that the coup in Chile was not only against the people of Chile but against all of us, that with the plantation workers of Cienaga we were all massacred, that the disappeared students of Mexico alternate with the dead of Iran in our dreams. After having processed that the demolition of the mass grave is yet another oppressive act alongside so many other acts and forms of oppression, The Poem has been reference point when discussing the mass executions of 1988/1989, both, in relation to its content, but also to its extraordinary language and choice of words that remain unforgettable for all those who enter the world it opens up for the reader.

Hepco’s week of protests in Arak