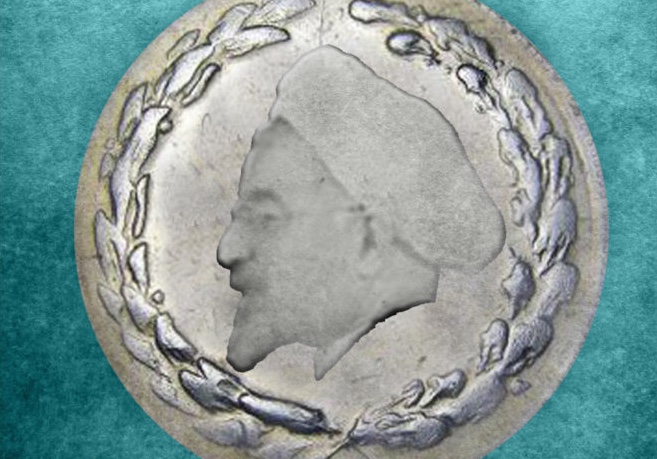 The present government of Iran has discursively been framed as “moderate”. It has given to itself this title by continuously distancing itself from the former government of Ahmadinejad. All social and economic wrongs Iran’s society is dealing with today it blames on the former president.

Despite all of these public dissociations, the present government abides by the main policies of Ahmadinejad. And what is obscured with every election and media account blaming a prior administration of economic mismanagement, is that key economic policies are actually produced by the main think tanks of the political system (Nezâm) that is independent from the elections. These think tanks, such as the Expediency Discernment Council of the System, are critical for the implementation of the so-called 44th article of the constitution, which is primarily concerned with property rights.

In July 2006, Khamenei delivered a new interpretation of this article in which he related

the principle of the right to property to the heightened need for privatizing. Under this revised article, he ordered the privatization of 80% of the branches that were under government control. The task of the think tank is to formulate and implement policies that facilitate this privatization, protect capital, and attract investors. Part of the policy making instances was also a Center for Strategic Research, in which now president Rohani and his present economic team were key functionaries. This Center and the above mentioned Expediency Discernment Council are the main system analysts and organizers of the political system’s politico-economic strategies.

Khamenei, the Center for Strategic Research, and the Expediency Discernment Council, remain independent from the electoral government structures. And although Ahmadinejad’s policies were aligned with Khamenei’s interpretation of article 44, in the view of these three institutions they were not implemented properly. Importantly, it required of the new government led by Rohani and his team, to expand implementation, as it was them who had formulated the related policies in the Center for Strategic Research. This is also the reason why the present government continues the path of the former in a more determined way and accelerated privatization more aggressively. In fact, the official statistics reveal that 80% of all privatization in Iran has taken place by the present government of Rohani.

The “moderate” government does not face any limitations in handing over branches under government control to the private sector. This has resulted in extensive privatization of public health services, education, and now targeting water and electricity services. Both sectors are set to be privatized as part of this general policy of the privatization of the public sector.

The eleventh government of the Islamic Republic of Iran, under the leadership of President Rohani, is main executer of these aggressive neoliberal policies while simultaneously casting itself to have changed the course towards a more just and egalitarian society. The public distancing from the former government’s policies cover up what is happening underneath this staged change of policy.

In this vein, the government incorporated the public health medical treatment budget into the budget of the Health Ministry and handed over a part of the welfare organization’s properties to that same ministry that is at the same time organizer and implementer of the privatization policies of the public health sector. The second huge surgical intervention led by the present government is the reform of the labor laws. Both plans target important parts of society. Although workers have been continuously protesting against the plans, the government continues the implementation of the reform while it at the same time heavily represses the workers’ protests. Many have been arrested and sentenced to year-long prison sentences.

From the 1990’s under Rafsanjani’s presidency, the labor laws were changed to the favor of investors and employers. Under the slogan of easing investment, temporary employment policies organized by temporary employment agencies were developed as a substitute for permanent contracts. During Khatami’s presidency, these employment companies mushroomed and almost all permanent contracts disappeared with them. The government of Ahmadinejad was determined to further curtail worker’s protections for the benefit of investors, but was dismissed by the parliament. Under the title of resolving barriers for capital investment, the very same proposal was submitted to parliament under the new government in July 2016.

The draft bill formalizes temporary contracts, abolishes the minimum wage, facilitates easier dismissal of workers, for example with the simple argument of an external economic crisis or an internal financial crisis, and aggravates the already difficult conditions of the forming of workers’ organization and joint protest to the grade of impossibility. The permit to form a workers’ union or council must be granted by the government, not by the employer, and, the employer is granted the right to dismiss any worker who is arrested. But the reason a worker becomes arrested is often due to their role in a workers’ protest. The message is clear: Workers are not allowed to form a union or council. If one participates in a protest despite this fact, arrest is very likely. And following arrest, the employer will dismiss the worker without paying any severance.

The minimum wage itself is assessed by the labor council that consists of three government officials including the minister of labor, three private sector business owners, and three workers, who are selected by the Islamic Council and not by the workers themselves. One section of the draft bill requests to raise the number of government members in the labor council from three to six. Interestingly, it was Rohani and his present economic team composed of Torkan, Akhoondi, Nobakht, Bank, Nahavandian and others who developed the draft bill as heads of the Center for Strategic Research. Rohani and his cabinet are therefore not the sole executers of such economic policies, but part of a larger network of think tanks, government officials, and private sector executives.

The draft bill was rejected by parliament. But because of the vertical distribution of power in Iran favoring Khamenei, it is very likely that the policies of the bill will be implemented in a more unofficial manner aligned with his revised interpretation of the 44th article of the constitution.

But as in many other countries, the workers protests continue. Just two weeks ago, on the 3rd of May 2017, 44 miners were buried inside a coal mine after a defective drilling machine caused an explosion inside the shaft. When president Rohani visited the survivors and families of the dead miners, he was confronted with unrelenting protests in which the miners barely let him speak. Whereas the neoliberalization of Iran’s economy is an ongoing process, workers’ activists keep calling for workers’ self-organization. With their voices in mind we remain in solidarity.

On the Demands of the “Woman, Life, Freedom:” A Collective Statement by a Group of Labor and Civil Organizations