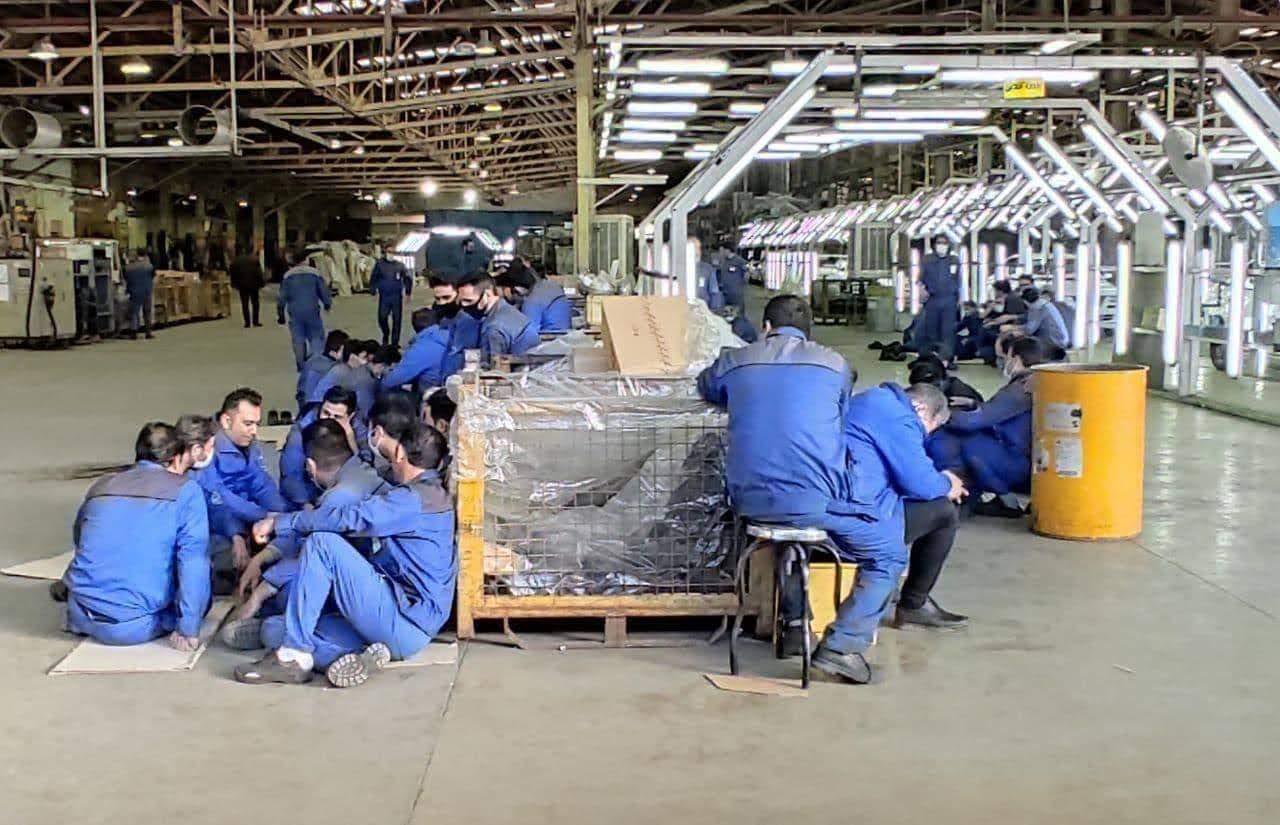 The workers of Iran Khordo Company in Tabriz went on strike on Saturday, 30 January, to protest the dismissal of a group of their coworkers and delays in the payment of wages. The Tabriz company is one of the growing regional branches of the Iran Khordo Industrial Group, headquartered in Tehran, which has independently established manufacturing sites in Iraq, Republic of Azerbaijan, and Senegal in the past decade. However, the general economic crisis in the country has impacted this large government-run factory as well. Despite a confidential circular from the labour ministry to all public and private factories in which it is emphasized to avoid dismissing workers “for now” due to national security issues, the dismissals have not stopped, indicating both the economic crisis and the neoliberal policies to deregulate the labour market. Consequently, permanent and temporary workers with long employment records are being sacked under the name of “redundancy” and replaced with a new workforce who has to accept difficult, gruelling work conditions imposed by the capitalists in fear of unemployment. Multiple months of delay in the payment of wages is yet another ubiquitous difficulty of the working class in Iran. Coupled with the widespread increased prices of staples, it has put the lives of employed workers under immense pressure. There are factories and service companies that are even worse, whose owners talk about not being able to pay any wages at all.

On the importance of the Iranian oil workers’ strike