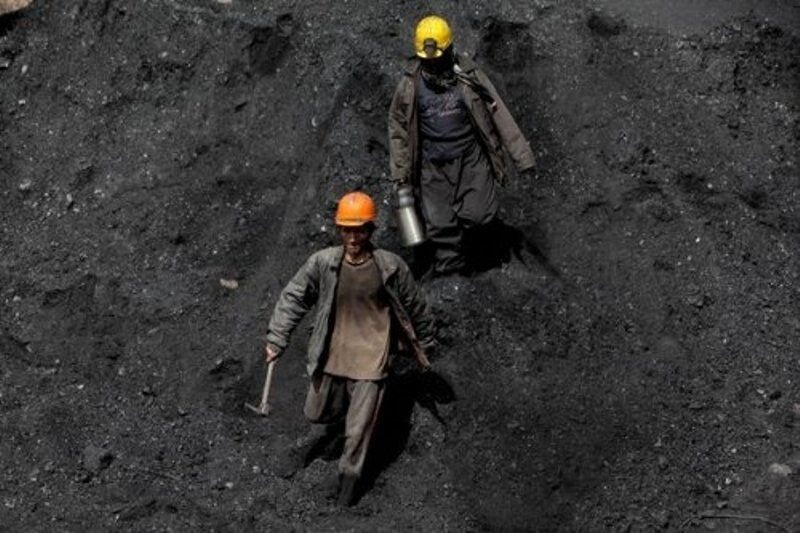 In this series of articles, we aim at providing an overview of the history of miners’ struggles in Iran. Before looking at episodes of recent resistance from individual mines, we give a brief history of organised struggle in the industry starting in the 1940s.

The struggles of miners in Iran have a long history. At the beginning of the 1940s, with the formation of the largest national trade union in Iran, the United Workers’ Council, the miners also became members of this union by forming their branches. In 1945, nearly eight thousand miners were members of the United Workers’ Council. One of the most important miners’ unions in those years was the Shemshak Coal Mines Workers’ Union. Prior to the 1953 coup, this union played a prominent role in pursuing workers’ demands as well as raising workers’ awareness.

Two of the most important actions of this union before the 1978 revolution include the May 1951 six-day strike of workers to increase wages, which ended with the victory of the workers, and the strike in response to the catastrophic death of 21 workers due to a mine explosion in 1960. The strike and the following memorial ceremony was accompanied by overwhelming solidarity from other unions of the time.

After the 1979 revolution, mines continued to witness widespread protests and strikes by miners. The devastating economic downturn and the massive transfer of mines to the private sector made it easier for capitalists to undermine workers’ livelihoods. The mines, formerly known as the “National Company” and under government supervision, provided the minimum expected from a government job, including permanent employment, pensions, health insurance, organizational housing, etc., especially in large mines. However, in early 2000, the era of government support was over. One by one, the bourgeois government transferred its associated companies, described as loss-making enterprises, to the private sector in order to remove the “unnecessary and unjustifiable” costs of providing workers’ livelihoods from capitalists. This began a period of massive austerity, the employment of contract workers, abuses of workers’ rights, and, more importantly, the auctioning of property and assets from which workers had previously contributed. This has led to repeated protests in the mines.

Mining in Iran has developed a management model that can be seen in other large businesses. In such models, the macro-management of large mines and subsidiaries are in the hands of a parent holding company that outsources the operation of various parts of the mine to different contractors. These companies are responsible for both the supply of labor equipment as well as the hiring of workers. In this way, contracting companies are placed between the parent company and the workers. Also, the vast majority of the company’s workers are divided into smaller groups and employed in several separate branches, each of which falls in a different area of law. Although several thousand workers work in a production area, they face more limited opportunities to act unitedly against contractors because they face separate contractors in smaller batches.

Over the past two decades, most of the miners’ protests have aimed at pursuing deferred wages, unpaid workers’ insurance instalments, and countering layoffs and redundancies. These demands are often accompanied by other important issues for workers, one of the most common being the demand for implementation of the “job classification plan” by employers and contractors. The plan calls for working hours for hard work like mining to be reduced from 48 hours per week to 36 hours without changing the minimum wage, and for workers to retire earlier. However, employers either refuse to implement the plan or implement the plan with arbitrary changes. The mining sector owners and contractors have not only gained by employing workers whose retirement is past due, thus exempting the employer from paying their insurance, but they have also profited twice, from not having to hire and train a new workforce. Hence, the genuine implementation of the occupations’ classification plan has become central to workers’ demands in their protests and strikes.

The other challenge is temporary and conditional contracts versus permanent contracts. The temporary contracts allow capitalists to fire “redundant” workers if the market value of minerals goes down, (which at times leads to decreased sales) then later hire others if needed. Other advantages of such contracts for employers are avoiding paying health insurance, work-years benefits, and others. Such contracts also allow employers to fire “rebellious workers” through the easiest means, that is not extending their contracts.

The next part of this series describes one of the most significant struggles by miners in the Iron ore mine of Chadormalu, where a series of protests occurred to prevent the dismissal of their representative.