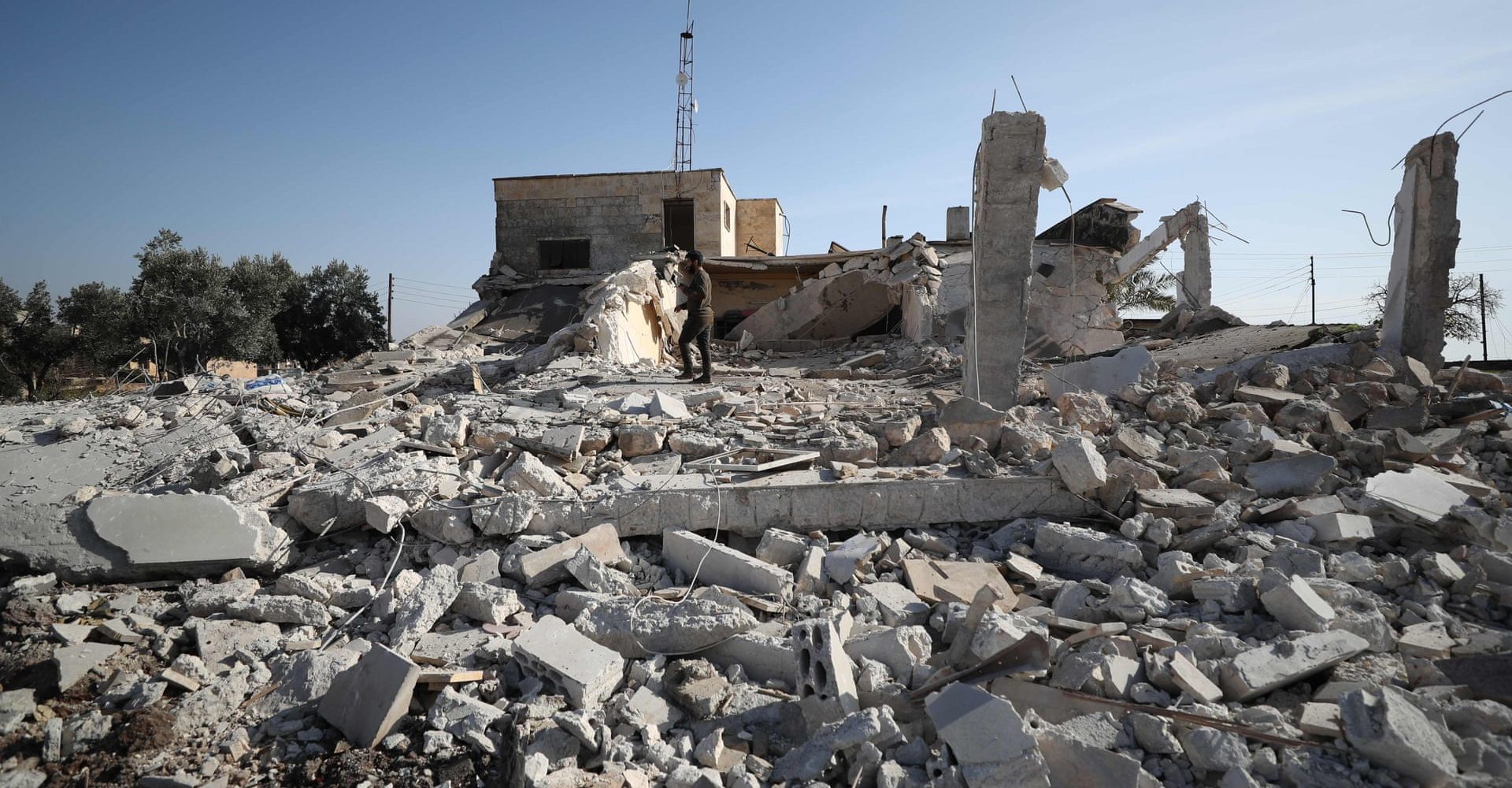 Review by The Guardian

First published in The Guardian

The murderous conflict in Syria is simplified by both right and left. This account deals with the short period of hope, when the people threw off their chains.

It is happening again. Over the last year protest movements – some of them deep and broad enough that we might dare to call them revolutions – have once more been shaking the Middle East and North Africa, ending decades-long dictatorships in Sudan and Algeria, forcing the prime ministers of Lebanon and Iraq to resign. And yet the war brought to Syria by the last wave of revolutionary upheaval – the Arab spring that began in 2011 and by 2014 had turned to something worse than winter – has not ended. It continues to be fought not only with bullets and bombs but, in a parallel battle for narrative control, with words.

In the discourses of American thinktanks and much of the mainstream media, tropes flatten the war into a conflict between, as the Syrian-American scholar Yasser Munif puts it, “western civilisation and the Islamic State’s barbarism” on one front, and between the shining freedoms of the democratic west and the dark tyrannies of Bashar al-Assad and his Russian and Iranian backers on another. Meanwhile the more Manichaean precincts of the left prefer to imagine the war as a single fight between a brave anticolonialist holdout and Islamist terrorists in league with the west. Anyone who disagrees is rewarded with a depressingly predictable slew of smears: “interventionist”, “pro-imperialist”, “regime change advocate” and so on.

It is easy, though, to look at Syria over the last eight years and see a tragedy that does not fit into either of these frames: a genuine popular uprising against one of the Middle East’s more cynical dictatorships that was hijacked and dismembered by the still more cynical interventions of the US and Europe, the Gulf states, Turkey, Hezbollah, Iran, Israel and Russia in a proxy war that has so far taken the lives of as many as half a million Syrians and pushed another 12 million others from their homes. Looking back, I will not be surprised if historians view the conflict as an early, undeclared phase of a third world war, one that Syria was unlucky enough to host.

In The Syrian Revolution, Yasser Munif eschews such broad perspectives. Both the orientalist rightwing and obscurantist left discourses on Syria, he argues, are blinkered by a “macropolitical lens” that can see only the machinations of states, rendering the actual Syrian revolution invisible and reinforcing the regime line that “there is no authentic revolt in Syria”, only a just war against foreign-funded terrorists. Munif offers instead a “micropolitical analysis of the Syrian uprising”, centred on the 18-month period of revolutionary governance in the northern city of Manbij. This will show, he promises, “that the politics of life can emerge from within the cracks of the geopolitics of death”.

The narrative he presents is straightforward: after decades of suffering, the Syrian people threw off their chains and, in a period of brief but extraordinary efflorescence, forged an experiment in radical democracy that, harassed by Salafist militias and extortionist gangs, survived just long enough to see its insurrectionary slogans painted over in black as Isis took the cities that had not yet been flattened by the regime. This is a story of ecstatic hopes crushed by cataclysmic loss. The pain of it is never acknowledged, but runs through every page.

If only The Syrian Revolution were more openly mournful it might not feel so frozen by its grief, and trapped by the rigid boundaries of polemic. The revolution, Munif insists, was a wildly transformative experience, “taking place at every level … from the mundane aspects of everyday life to the most complex facets of society”. But this assertion remains curiously abstract. Munif, who visited Manbij in 2013 and 2014, rarely sets a scene or quotes a firsthand source. If in the early days the very air was altered, and delicious suddenly with possibility, it is in these pages difficult to taste.

Munif delivers far more on the “uneven death worlds” imposed by the Syrian regime. Much of this is illuminating, and a necessary counter to so much propagandistic whitewashing. He includes a chapter on the “cartography of fear” imposed on Aleppo, where the Syrian military and its allies played on class and sectarian divides to bisect the city into a loyalist west and rebel east, the latter to be mercilessly bombed and besieged. Another chapter examines “the micropolitics of bread”, from early Baathist agricultural reforms to the regime’s aerial targeting of civilians queueing outside bakeries.

The revolution that finally emerges here is fragile, vulnerable, unable to hold on to popular support or to protect its accomplishments from a growing panoply of armed groups. However polemically useful it may be, Munif’s rejection of geopolitical analysis leaves him unable to ask or answer vital questions, such as why some of the Islamist factions were so successful – the US, Britain, France, Turkey, Saudi Arabia and Qatar funded them – and why the secular revolutionaries, of all the opposition factions, were the least able to contend with violence. In his telling, the revolution’s successes are its own, but its failures are attributable to “external forces” that cannot be critically assessed.

As revolutions again spread across the globe, the question with which Munif ends the book remains: “How do people develop grassroots strategies while at the same time [operating] within a world order that works against their aspirations?” Or, more simply put: how can a revolution survive?

Paragraph 129b – German Persecution of leftist activists from Turkey and Kurdistan