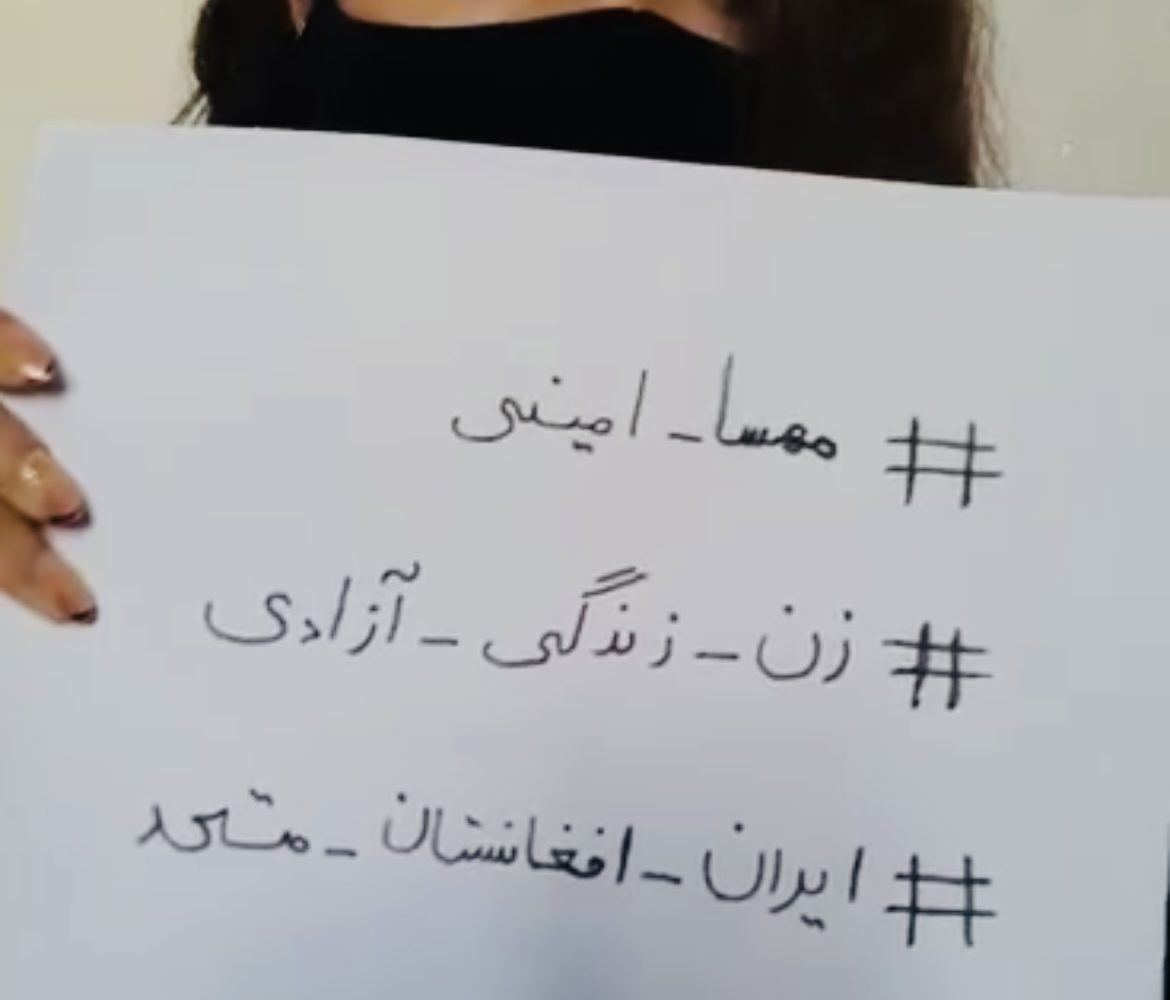 Like Afghan women—who are the prominent force of popular struggle in the country and have been fighting against the most robust patriarchal structure possible, under the most severe security measures and government violence by the Taliban in the last year—the women of Iran and the entire population have been fighting in every possible way to destroy one of the biggest models of Islamic government for forty-three years. And today, they are proudly bringing the biggest struggle and the most persistent one to a conclusion.

The brave and decisive presence of Iranian women and the rest of the population in the streets to overthrow the Islamic Republic highlights, more than anything else, that struggle is the only way to liberation—even though long and with repeated testing of fighting methods against every initiative and innovation in repression.

Now we are hopefully on the threshold of women’s victory over the Islamic Republic in Iran—this old model of patriarchy in Iran. We are hopefully on the threshold of victory, and resolution of the struggles of those killed in November of 2019, the student and labor movements, and all political prisoners in Iran. We, a group of Afghan poets, writers, and journalists, want to express our solidarity with the people of Iran and bespeak that victory is only a few steps away. Let us say it so that the people of Iran know that today, they have become the beam of light in our oppressed Middle East.

We chant with the fighting women of Afghanistan, who in solidarity with the women and people of Iran, chanted: “Down with the Taliban, whether in Kabul or in Tehran!” And this slogan and this solidarity will be a firm answer to two bloodthirsty brothers: the Islamic Republic and ISIL. The two brothers who have always been together for the purpose of realizing their shared anti-human and terrorist goals.

The struggle of the Iranian people is our struggle!

Either Liberty or Liberty

Down with the Taliban, whether in Kabul or Tehran

Strength to the struggle and resistance of the Iranian people!

A collective statement from Iran for the Mayday