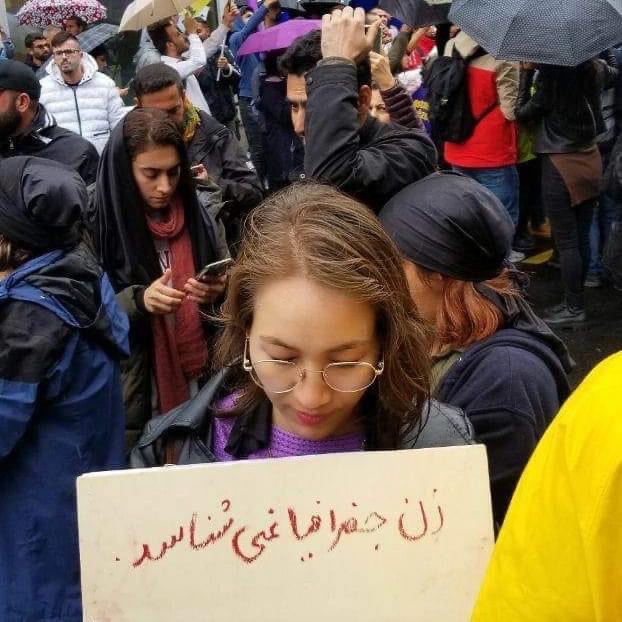 We, equality-seeking and protesting women of Afghanistan, stand by Iranian women!

When the Taliban took over Afghanistan, the first people who spoke against their rule, before any other protest, were women and women’s protest.

We know how difficult it would be to have an armed conflict against the Taliban, who have global political support from the East and the West as well as patriarchal roots within the Afghan society. Therefore, we should never underestimate Afghan women’s attack on the orders issued by the Taliban group. Such an attack is rather an assault on the religious components of what they frame as the “Islamic Emirate”. This assault means women’s rebellion and determination to overthrow the terrorist government of the Taliban. So the women of Afghanistan have entered a war against the Taliban with the slogan “bread, work, freedom” and will never give in to anything other than the destruction of this government.

Any person or group who stands against this slogan, is standing against this determination and against the destruction of the Taliban regime. Such a thought, person or group, under any title, stands in conflict with the women of Afghanistan and all other women protesting misogynist rules.

You would never see this vision come true!

We, equality-seeking and protesting women of Afghanistan, as well as a number of people and groups supporting gender equality, decisively signed this statement to express our belief that each and every government around the world, whether in so-called democratic or dictatorial ways, have placed the deprivation and condemnation of women as their priority. And this refers to nothing but patriarchy and its ruling system in the whole world. We object to such a system and will never reduce it to a national government. We instead consider it to be one of the features of the world order, governing all people, especially women around the world.

It is based on this description and fact that we express our enmity and anger towards the Islamic Republic of Iran and the Taliban government in Afghanistan, which merely represent a fraction of the horrendous crimes of Islamic governance. We seek the support of all freedom and equality-seeking people in this situation.

We protesting and equality-seeking women in Afghanistan, do not view the pain we have endured apart from the suffering of “ Reshnoo”, who was forced to confess under the pressure of an Islamic regime’s oppressor, or that of “Mahsa Amini” who was killed under the pressure of this government and its frequent torture of Iranian women, or from thousands of other Iranian women who have always rebelled against them and been repressed in the most severe ways possible. Moreover, we do not see our pain separate from the suffering of all women caused by their governments and particularly, Islamic governments.

With the slogan “Down with the Taliban, whether in Kabul or Tehran”, we declare our solidarity and camaraderie with the women of Iran. We know that this solidarity will one day bring our enemies, who are now standing and supporting each other like brothers, to their knees.

The rule of brothers, fathers and husbands will end!

The day when our Sepidehs and Mahsas shine light on this dark world is very close!

Down with the Islamic Republic of Iran

Down with the supporter of the terrorist regime in Afghanistan

The struggle of Afghan women is a global struggle

Contested Dam Development in Iran: A Case Study of the Exercise of State Power over Local People

Militants of Central Khorasan against the coalition: We know what we want!