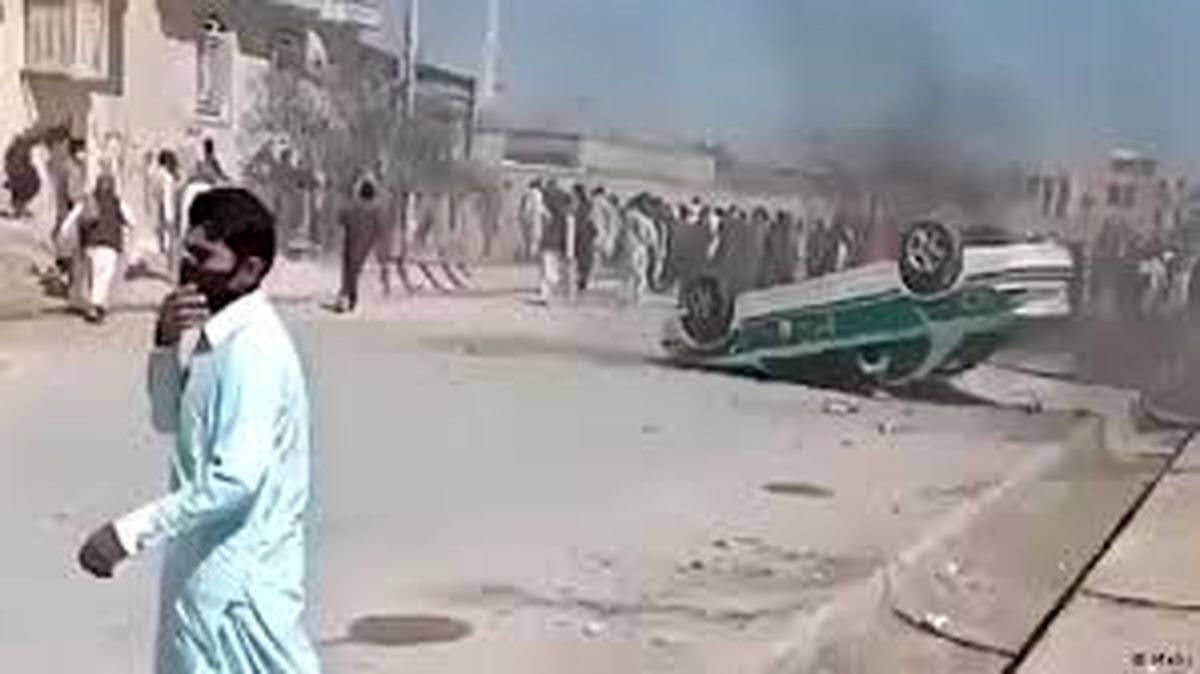 The Islamic Revolutionary Guards Corps (IRGC) forces shot and killed many poverty-stricken and marginalised people in a southeastern Iranian city, Saravan, on 22 Feb 2021. The IRGC is an economic, military, and ideological organisation of the Islamic Republic. It is considered one of the major perpetrators of persecution, oppression, and assassination under the direct order of the supreme leader, Ali Khamenei. Saravan is the city that is now being called “the slaughterhouse of fuel porters.” It is in the province of Sistan and Baluchestan. The province has been struggling with structural poverty, systematic discrimination, and normalisation of deprivation in the past few decades. There is no clean public water supply. Schooling in temporary sheds is the only learning option for most students. The lack of economic infrastructure to create jobs and income has turned the residents into ‘aliens’ within the borders of their own country.

Systematic discrimination against the Baloch people in Iran has a long history. During the Pahlavi era (1925-1979), despite the implementation of the Iranian Land Reform program by the government, the local lords in this ethnic region and others had extensive power to the level of challenging the Shah himself. They persecuted any opposition with help from the military and the terrifying intelligence agency, SAVAK. After the fall of the Pahlavi dynasty, the local lords lost their power for a few years, hence democratic and progressive institutions emerged from out of the Baloch population who often sympathised with leftist and communist organizations. Soon enough the Islamic Republic started to persecute the revolutionary forces, so many Baloch fighters were executed or forced to leave the country.

The Islamic Republic’s policy vis-à-vis the Baloch lords or the Baloch religious clerics has not been consistent either. The religious sect of the Baloch people is Sunni as opposed to the official state religious sect, Shia. The government has employed some of the Baloch clerics for its purposes while kicking others out of Baluchestan. Some were even murdered by agents of the Ministry of Intelligence. The Baloch lords were treated similarly. Some of them who came around to the government kept a minimal local power to the extent that would not bother the central autocracy. But most of them were gradually eliminated in different ways. Terror brigades related to the Islamic Republic chased the Baloch people even into Pakistan – which has a Balochistan province bordering Iran – and killed them on the soil of the neighbouring country. The people’s religious sect and different language and ethnicity/nationality are only part of the reason that Iranian governments in the past century have strived to not only subdue the Baloch people but also keep them deprived in many regards.

In the most deprived cities of Sistan and Baluchestan, the youth and sometimes children have taken to smuggling small amounts of petrol or diesel into Pakistan, on foot or on small vehicles, as a way to make some money in the face of widespread unemployment. They are called “fuel porters” and make a living by moving limited amounts of gasoline or diesel in small vehicles to Pakistan to sell. These ‘fuel porters’ are regularly killed summarily by either the border police or the IRGC. In some cases, car chases lead to fuel explosions that maim the porters. These injuries often cause death after a long period of suffering and incapacitation.

On the 22nd of February, the IRCG closed off the Saravan-Shamsar border. The border is one of the main routes of fuel porters. This move caused plenty of protest by the people of Saravan who had lost their only means of survival. The IRGC forces responded with tear gas, pellet shots, and military bullets. At least 10 people were killed during the first hours of protests among whom was the 16-year-old child of a fuel porter, Hassan Mohammadzehi. He died of a direct gunshot wound from the IRGC forces.

After this carnage, the impoverished people of Saravan got together in unity, entered the county governor’s building, and set it on fire. This action was initially reported by the Washington Post as: “Mob storms south Iran governor office after border violence”. Government agencies and security forces within the Islamic Republic and even the right-wing opposition affiliates inside and outside Iran – with similar language, no less, condemned the protesters’ entry into the governorate. However, the people who were called the “mob” in the AP/ Washington Post report were those who had nothing to lose after decades of enduring all kinds of oppression and discrimination; those in abject poverty, misery, national oppression, and religious discrimination. By removing all the violent history of oppression and discrimination and focusing on setting fire to a government building, which is itself a symbol of the oppressive central government, reports and headlines like this have practically sided with the oppressive regime and intensified and reproduced the historical violence against the Baloch people. This conversion of “people” into “mob” already gives the state power the right to defend its sovereignty against the onslaught of “mob” on behalf of the “nation”.

Simultaneous with the crackdown and killing of fuel porters, the Islamic Republic shut down the internet in Sistan and Baluchestan. The government has extensively used this tactic in response to various protests in the past years, especially during the November 2019 uprisings across the country. Even though only a few pictures have been published of the killed fuel porters and the wounded women and children of Saravan, they indicate the severity of the crackdown in the region. There are several pictures of the deployment of special forces trained for anti-riot operations. As the protests intensified in Saravan, the people of Zahedan and Iranshahr, two major cities in the province also started to strike. The people closed main roads leading to many smaller cities of the province. The internet shutdown and the siege of cities and villages by the government can only mean a bloody crackdown was underway. Amid this absolute lack of news, one of the Baloch people who was wounded at the border and managed to get to a hospital in Pakistan has claimed that at least 48 people were killed at one protest.

The Islamic Republic has always kept the residents of these cities in deprivation and systemic poverty while simultaneously pillaging the region’s enormous resources of oil, gas, and minerals. In November 2019, people of this province joined the protests across the country, but they were still deprived of any internet access a month after it was reconnected in other regions. The cause of this population’s poverty, education deprivation, lack of identification papers, and marginalisation is nothing but the Islamic Republic. Now one of their few remaining ways of making an income is being punished with bullets.

Snappfood strikes: how can precarious workers organize to win?