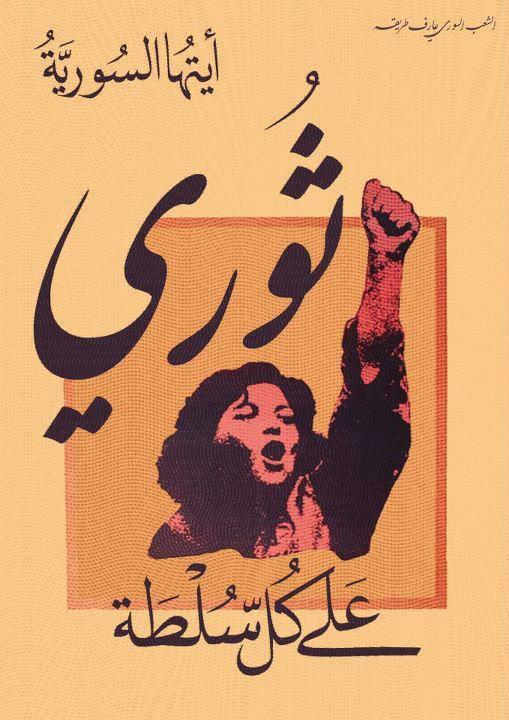 We are an alliance of Middle Eastern socialists opposed to all the international and Middle Eastern regional imperialist powers and their wars, whether the U.S., Russia and China or Israel, Saudi Arabia, Iran and Turkey. We also oppose other authoritarian regimes such as Assad’s in Syria and El Sisi’s in Egypt as well as religious fundamentalism whether of ISIS, Al Qaeda, Hezbollah or the Muslim Brotherhood. Although the Muslim Brotherhood and Hezbollah consider themselves gradualists and oppose the Jihadism of Al Qaeda and ISIS, all of these organizations share the goal of establishing a state based on Shari’a Law and preserving the current capitalist order.

We stand for socialism as a concept of human emancipation and an affirmative vision distinguished from the authoritarian regimes that called themselves “Communist.”

The effort to create an Alliance of Middle Eastern Socialists, originally started in March 2016 as an Alliance of Syrian and Iranian Socialists with a trilingual website (English/Arabic/Persian) to help express the aspirations of “the Other Middle East” and to offer analyses of critical issues and new dialogues and bonds of solidarity between Syrians and Iranians opposed to their authoritarian regimes.

Since the destinies of people are linked across borders, important developments in the region – some terrifying and some hopeful – we have compelled the formation of a broader Alliance.

*What was left of the Syrian revolution has been completely destroyed. The Assad regime, with the help of Iran and Russia has declared victory and is being recognized as a “legitimate” government despite the fact that it is responsible for the death of over 500,000 innocent people and the internal and external displacement of over 12 million or half of Syria’s population. One million people remain under siege by this regime and at least 100,000 political prisoners are facing daily torture and dying mostly in the Assad regime’s prisons.

*The claim by many on the left that the Rojava project of Kurdish democratic confederalism in Northern Syria could continue in co-existence with the Assad regime, seems increasingly unsustainable as the Assad regime has stepped up its pressure on Kurdish areas ever since it was reassured of having crushed the Syrian revolution. At the same time, all regional and international states have refused to support the self-determination of the Kurdish people, in Syria, Iraq, Turkey and Iran. Turkey has increased its threats and interventions against Kurdish areas in Syria and continues to assault Kurdish areas in Turkey itself. The Israeli government supports the idea of an independent Iraqi Kurdistan for opportunistic reasons to find a new ally in the region against Iran.

*Regionally, authoritarian regimes are engaging in more repressive campaigns and consolidating their forces against the interests of the popular classes. This drive can be seen in Saudi Arabia’s bloody war in Yemen; the Turkish government’s campaign of mass arrests and imprisonment of all opposition forces; and the Egyptian military government’s imposition of a level of repression that even exceeds that of the Mubarak regime before 2011. In the case of Egypt, some leftists supported the 2013 military coup against the Muslim Brotherhood government at the time. Instead of presenting a democratic and principled opposition to all forms of state and non-state repression, they sided with the new military government’s repression of the Muslim Brotherhood.

*The new U.S. president Donald Trump and Israeli prime minister Benjamin Netanyahu are intensifying their war threats against Iran. While the Trump administration claims to be against the Assad regime, its imperialist intervention is in fact helping the Assad regime and further intensifying the bombing of innocent civilians in Syria, Iraq and Afghanistan, which began with the Bush and Obama administrations. Trump’s and Netanyahu’s call for “regime change” in Iran are for their own imperialist gains. Their campaign will only lead to war and the destruction of genuine progressive struggles inside Iran.

*Israel’s colonialism, militarism, apartheid and racism is repressing and killing Palestinians in the West Bank, Gaza, East Jerusalem and what was Historic Palestine or “Palestinian territories of 1948.” The Occupation and militarization are also normalizing increasing class inequality, sexism and racism within Israel. Neither the two-state solution nor the secular one-state solution seems realizable given the Israeli occupation, Israel’s extreme right-wing leadership, and the alliance between Israel, Saudi Arabia and the U.S. which aims to destroy the Palestinian struggle for self-determination.

Some hopeful developments however show that the desire for human emancipation has not been quelled in the region:

*New and persistent labor protests in Iran are opposing the increasing poverty and horrible working conditions that the Iranian regime wants to hide in its effort to expand its imperialist intervention in Syria, Iraq, Lebanon and Yemen. Although the existing labor struggles are not directly connecting the impoverishment of the bulk of the population to Iran’s militarism and regional imperialism, they do offer a potential for a progressive mass movement for social justice.

*Labor struggles and struggles for democratic rights continue in Egypt, Tunisia and Bahrain, despite increasing repression.

*Feminist and LGBT struggles have expressed themselves in Turkey as part of the mass protests against the authoritarian and reactionary Erdogan regime which has aimed to create a virtual police state after the July 2016 coup attempt. In Egypt, feminist/human rights activists such as Mahienour El-Massry and LGBT activists fight for social justice despite imprisonment by the state. In Lebanon, women’s rights activists organized a campaign to repeal the “marry your rapist” law. In Iraq, women are fighting against a parliamentary amendment that aims to abolish women’s rights in family law. In Iran, imprisoned feminists such as Narges Mohammadi, Golrokh Ebrahimi Iraee and Kurdish women’s rights activist, Zeynab Jalalian continue to speak out for human rights.

* Popular mobilization in the Moroccan Rif continued throughout 2017, has spread to several of the country’s towns, despite repression by security forces and the regime’s attempts to discredit the movement.

* The Kurdish struggle for self-determination continues and needs to be defended. This struggle has taken diverse forms such as the call for independence, federalism, confederalism or the demand for the recognition of the Kurdish people as an entity with equal rights within a state. All socialists do not agree with the idea of an independent Kurdistan, and some have valid criticisms about various Kurdish parties for their authoritarian policies/practices and collaboration with various imperialist countries. However, critical solidarity with Kurdish parties and organizations that oppose capitalism/imperialism and defend women’s rights, secularism and the rights of other oppressed minorities is urgently needed.

In the face of these developments, we have come together in an Alliance of Middle Eastern Socialists on the basis of the following goals.

2.Developing connections and active forms of solidarity between labor, feminist, anti-racist, LGBT, student and environmental struggles in the Middle East region and internationally.

3.Tackling the deep and historical problems of Middle Eastern socialism. The region has been so plagued by the politics of “the enemy of my enemy is my friend” that any effort to develop an affirmative vision of a humanist alternative to capitalism around universal concepts and goals has been missing. As a result, revolutionary or progressive movements that do emerge, most recently those that arose in 2011, have been destroyed by authoritarian capitalist systems, religious extremism and sectarianism, with the assistance of various regional and global imperialist forces.

We have come together to address these issues in a collective way in a joint website and through joint conferences and other possible activities. We see this Alliance as a place for debate toward the aim of finding real solutions that are not trapped within the capitalist mindset.

Those who wish to join us can contact us at info@allianceofmesocialists.org

Reciprocity Between Coronavirus and the Islamic Republic of Iran