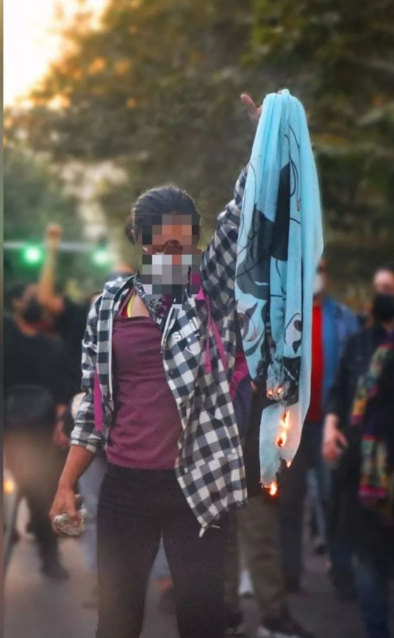 Mahsa Amini, a 22-year old Kurdish girl, was brutally tortured and murdered by Iran’s “morality police.” Her death was yet another loss in the theocratic war waged by Iran’s government against the women, ethnic minorities, working class, and queer people of Iran. The Iranian People haven’t treated her murder like another causality to be mourned.

Forty years of police brutality, institutionalized misogyny, the militarized occupation of daily life, and the ever-expanding impoverishment at the hands of the bourgeoisie have culminated in a new Revolutionary energy. The coalescence of these issues and Mahsa’s death sparked the largest proletariat-led struggle since the 1979 revolution. The occupation of cities and districts and the subsequent destruction of the symbols and tools of government oppression is not merely a protest against the mandatory hijab. It is the beginning of a mass movement to overthrow the gendered, ethnic, and class oppression forced on them by the theocratic regime. This coalition against continued state violence has come to include unions, university students, the poor and unemployed, and marginalized border towns and cities. Women’s central role in this uprising should remind us of the necessity of uniting all members of the proletariat in the struggle against oppression. No longer distracted by the identities forced upon them by the government, a united proletariat has been able to demonstrate their power. The government is using every method of repression it has to put a stop to the proletariat’s rejuvenation. Although the movement’s demands and goals are not yet clarified by a mass party, this preview of the revolutionary liberation to come has stricken fear into the bourgeoisie.

Amidst the cacophony of reactionary pro-western, pro-repression media, our mission is to amplify the voice of the Iranian proletariat. We do not tolerate anti-proletarian narratives by western “experts,” “anti-imperialists,” or government propaganda. The demands, messages and struggles led by women, workers, students, ethnic minorities, and any oppressed group will be shared. Only through international solidarity can we assist the Iranian proletariat in their struggle for liberation. The Iranian proletariat are demonstrating that capitalist oppression is not permanent, no matter how repressive the government.

The CCITTA Call for Strike in Response to Student Suppression

Days of oppression and resistance in the south of Iran