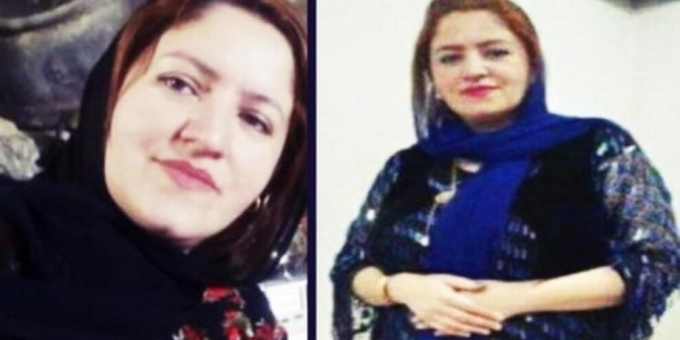 On September 3, 2022, shortly before the beginning of Jina uprising, a kurd woman, named Shiler Rasouli,  jumped to death from a two-story building in Marivan (Kurdistan) to escape a rape attempt by a neighbor of hers. Reportedly, she was invited to the offender’s house, on the pretext that his pregnant wife needed help. After being locked in a room by the offender, she committed suicide allegedly in front of her children’s eyes, waiting for her in the street.  After the news was published, groups of women held rallies and demonstrations to protest the escalation of violence against women and lack of protective laws.

The following is the statement by the Red Revolutionary Youth Committee of Mahabad on Shiler Rasouli and rape survivors facing traditional culture issued on December 2022.

The state murder of Jina [(Mahsa)] Amini by the morality police and the beginning of the current uprising under the slogan ‘Woman, Life, Liberty’, denied sociologists and scholars the opportunity to study and analyze Shiler Rasouli’s case. The significance of the recent movement could also be clarified through understanding the incident; the reasons behind it; and shedding light on its hidden aspects. Although according to studies and individual narratives, rape is an extremely hideous experience, one could question whether rape is more terrible than death. Only women with experience of rape might be able to answer this question. However, what makes rape more terrible than death, is an issue which should be contemplated throughout the human history and changes in social phenomena. By studying the historical process of forms of marriage and family; human’s entry into civilization; the end of group marriage and freedom of sexual relations for women and men; and the beginning of the era of monogamy in ‘The origins of the family, private Property and the State’, Engels argues that indeed the freedom of sexual relationship has been ceased only for women, while it still exists for men, though they condemn it in words. In this era, in which private property and absolute male dominance begin, the freedom of sexual relationship for men alongside restrictions for women has been declared as a fundamental social law and in the course of time, it became a dominant culture to the degree in which women who would violate this law, were excluded by the society, or even stoned in later times.

The passage of time does not necessarily raise awareness in the society, but might even see reactionary ideas spread. As we have seen in contemporary times, even the rape survivor is considered a transgressor in various conservative traditional societies. She is exposed to harassment, blame or even being murdered.

In Shiler’s case, this was the most obvious example in the age of digital media of a women preferring death to rape for fear of facing the judgements originating in the dominant culture. The society which is supposed to is expected to understand and embrace rape survivors; shelter them and support them in the healing process, considers them as criminals, attacks them and eventually, if it does not kill them, will put them in a situation where they wish for death every moment of their lives.

Reviving this issue at this time is essential for our committee as we have received reports about many women who have been abducted by the repressive forces of the Islamic regime. Their families, afraid of being disgraced and losing their reputation, are not willing to speak up and report about imprisoned women. They are terrified if society thinks their women and girls have been raped and if the conventional community sees them not as a survivor but as a transgressor. In fact, at this historical moment and throughout this movement, conservative Kurdish society is facing the challenge of either looking upon them as before with disdain and excommunication or embracing and healing them. In this text, we do not mention the issue of women’s sexual freedom before marriage. Although not a separate issue, it is quite a complicated topic that if generalized, would result in misapprehension and misunderstanding by the religious reactionaries of the society and government.

We, the revolutionary youth of Mahabad, ask all women and men seeking freedom and equality to support rape survivors in the healing process, by forming grassroots associations and collectives and to oppose reactionary, fundamentalist beliefs in the society. We, as a committee, also support these women and condemn any form of reactionarism and misogynist conservative culture.